Before I could realize,  I was done with my first year at college. It seemed the year went very fast, one trimester got over and then the second and third!!  Travelling,  studying, socializing, that’s all I did. Hardly, I must have done something for myself, except for workout.

I got a nice two month break after my first year. Many of my friends were making plans, some planning to intern ( I found the idea meaningless, as just after completion of first year,  there is hardly anything learned to apply!) Well,  I was just excited, my brother had come, and these are the same holidays during which my brother got married. So,  I spent the first month in excitement only,  giving time to my family and tried stuff like blogging.

I wanted to do something good before the start of my second year.  Something which will make me satisfied; I din’t wanted my summer break to go waste. 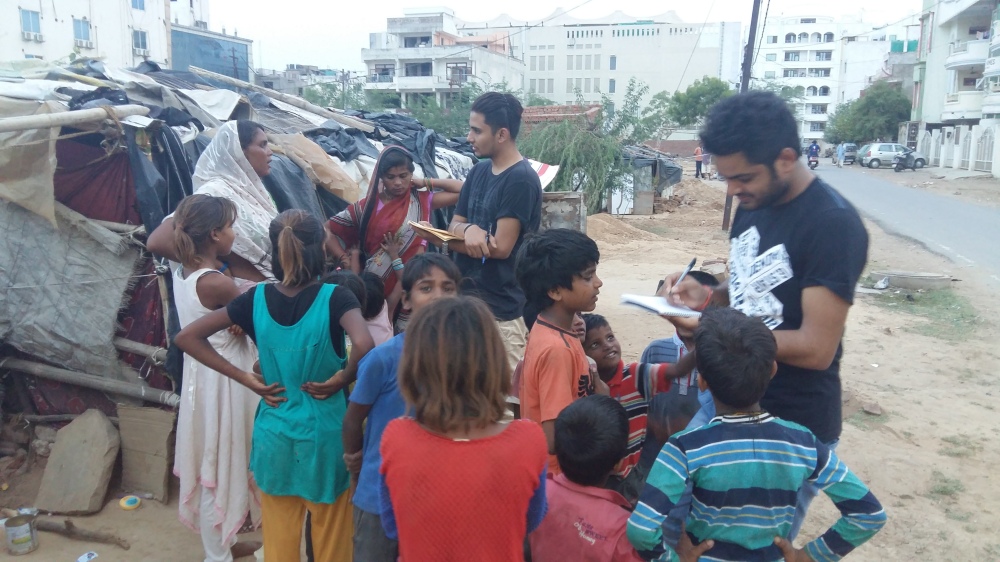 So, I decided to volunteer for an NGO. As I wasn’t living in Gwalior for a long time, I had no ideas of nearby NGO’s. Justdial came to rescueme from it. Enthusiastically,  I started visiting all NGOs from the list. But all it gave me was disappointment. Most of the buildings were just named as some NGO or foundation , or trust/aashram with no activity going on. Those were set up just for the benefit of tax relaxation.

Then I contacted Muskaan Foundation,  a NGO for Child Education, with some hope. I called them initially to know whether they were looking for volunteers or interns. Surprisingly,  I got positive response and was called for a meeting with Mr Abhishek, the founder of NGO. I was very excited and eager to start working.  They asked me few questions, my interests,and why I was interested to work with them; so that a convenient project can be assigned. 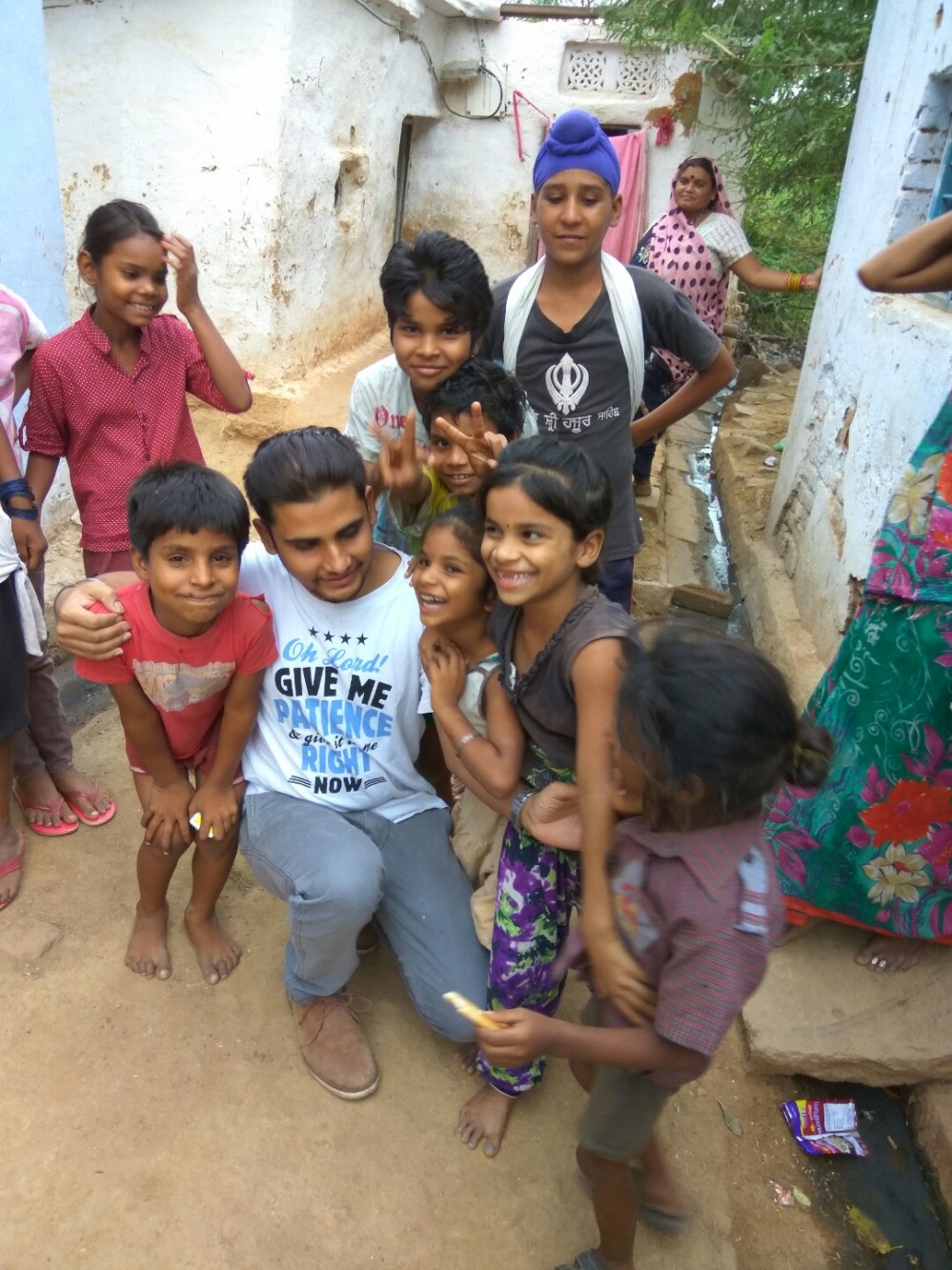 I was the part of project called CLC ( Community Learning Centre). As a part of it I was supposed to teach children of construction site workers. My first day went good, I introduced myself, took their introductions and played few games with them.

It was difficult for me initially, as the children were of different age groups. I decided to divide them in groups according to their age and teach them separately.

The children came from a background,  where there was no atmosphere of education. Their parents keep migrating, hence even if they learn something, they tend to forget. Lack of interest and support hinder their educational growth. 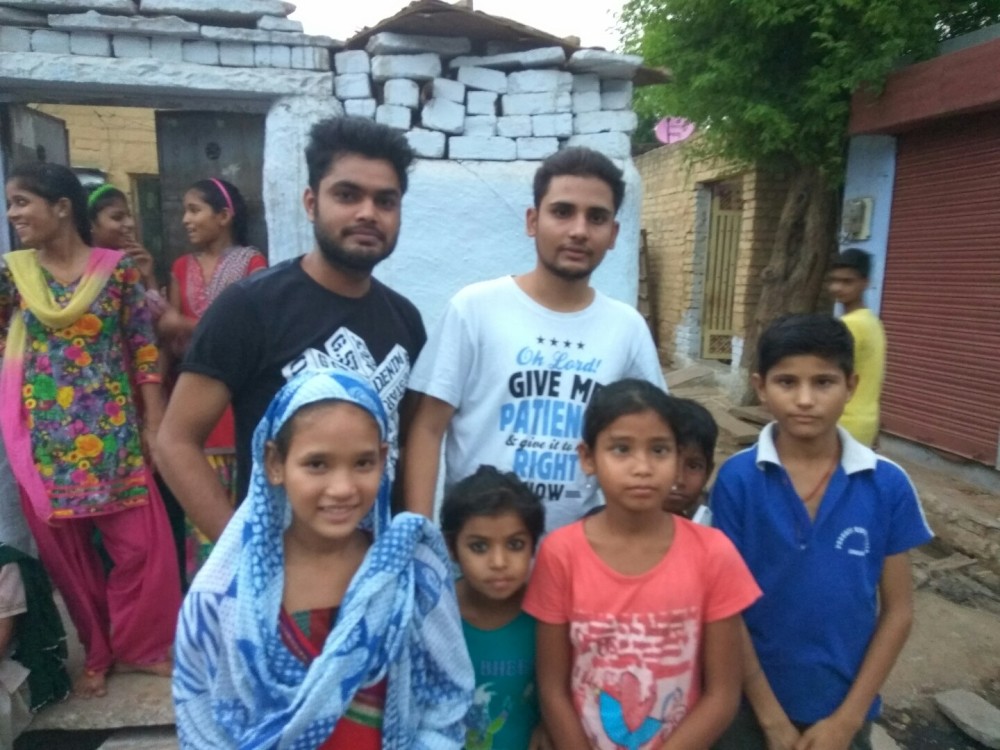 The need and importance of education was a topic which was unaware and strange to them. My first objective was to make them realize why they need to be literate. I gave the first 2-3 days for this. Some found my thoughts agreeable,  while some were very stubborn and considered me mad!!

Gradually, I started teaching them things according to groups. I laid stress on language and maths,  as these are the things they need to apply in real life. I gave them little work for home also. It gave me immense satisfaction and inner peace when they showed interests. I gave them sufficient breaks between studies,  and played educational games,  told them moral stories too.
Creative things like drawing, painting, were also included in my daily targets. 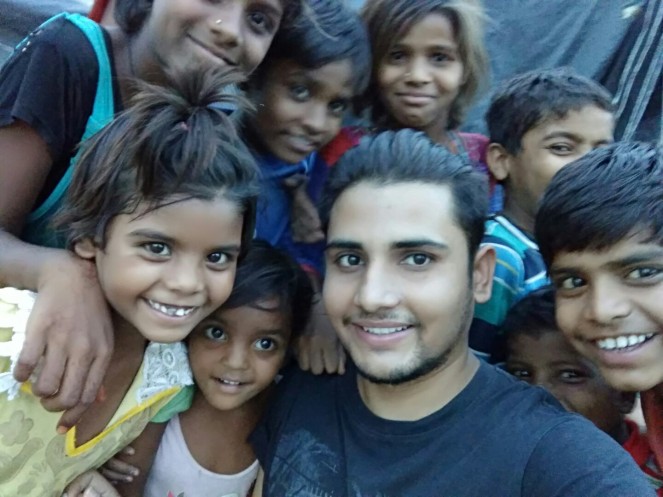 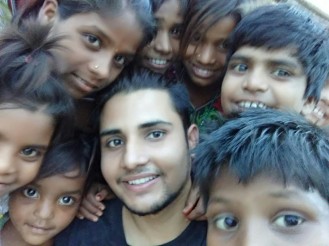 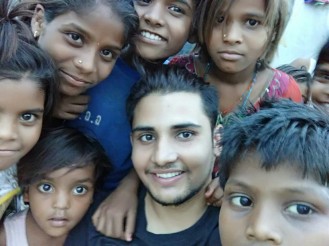 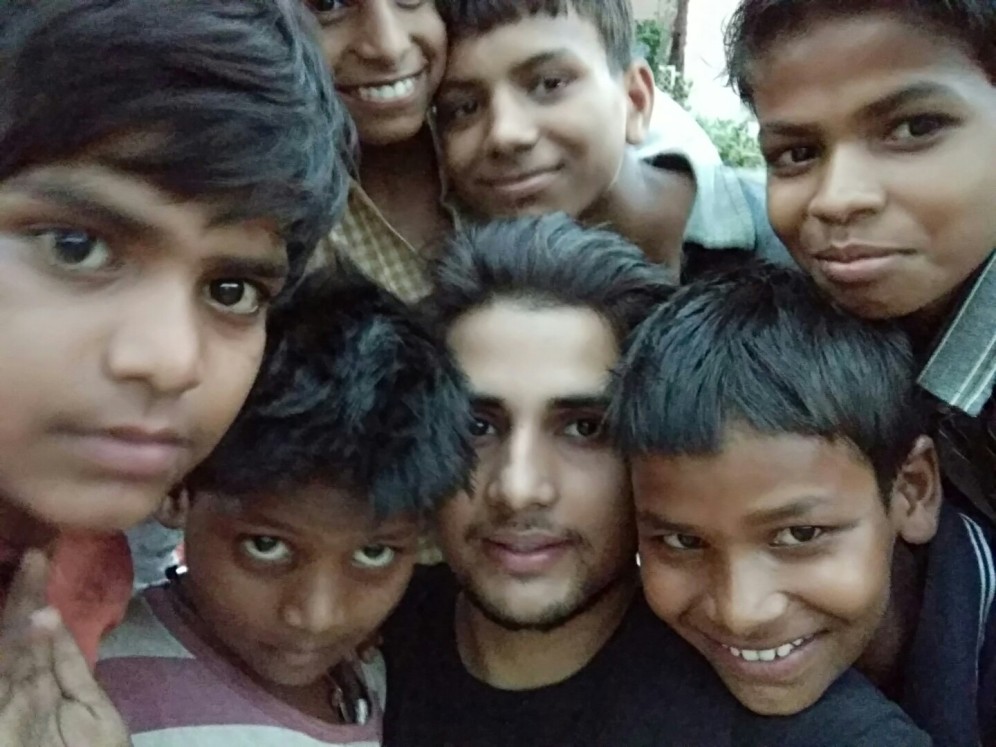 Members of the NGO supported me a lot, and gave me ideas also. Atmosphere there was awesome, close to nature,  peaceful,  with very good hearten and thoughtful people around. I got acquainted with people who have devoted their whole lives for the betterment of society; with no self -gain or greedy motive behind it. They chose social work as their profession; because they wanted to do it, not for gaining publicity or making money; but for the satisfaction of joy of giving. Respect for them truly.

All these factors made me love the place. The class timings for children were 11 to 3 pm,  but I stayed there till 5. 30 or 6 pm.  During the after hours,  I helped the members of CLC project.  I made few flash cards for the children to teach them about different animals and birds. 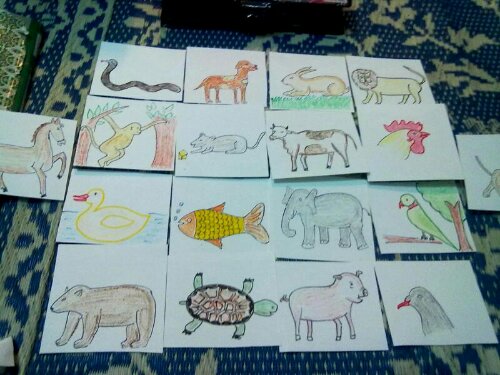 I spent a lot of time in library,reading books. I helped the library in charge Mrs Charu in sorting of books according to age groups. I assisted Charu in ‘ Read to Grow ‘ program where the concept was to promote reading in municipal and Zila Parishad schools so that children don’t quit school. Most of the students left school, as they didn’t want to study, or for a stupid reason, boredom. So, we took reading cards with colorful picture stories. We also made them play games and organized puppet shows.

Then Mr Vinod,another NGO member of CLC project, mentioned about Inspire Awards. It aimed to make students of Zila Parishad school aware of science and technology and inspire them with new ideas. I told him I am interested in this and want to do something for it, he included me too in the program. 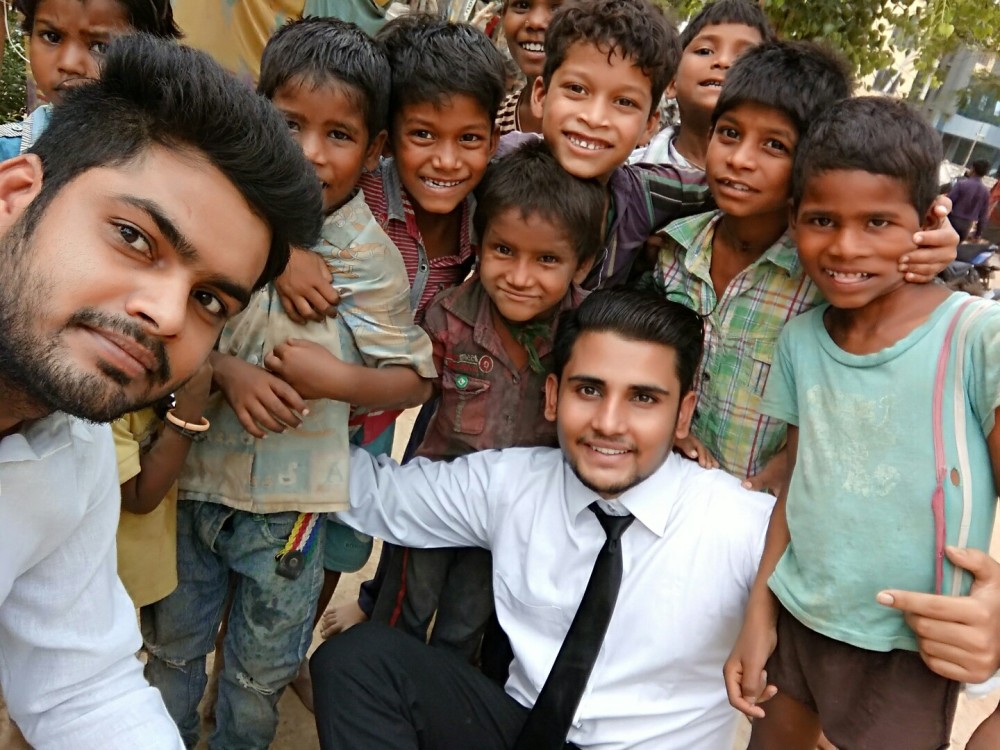 Only four days we had for the main event, time was less but something had to be done. Meeting was called with school principal, I presented my Idea & my idea got approved & we started working on it.

There wass a settlement amidst the Morar camp. I went there with Vinod sir. The settlement was beautiful, and the way there also ; partly because of the weather. I liked going there also, even though I got the opportunity for a few days. Vinod sir and I represented Muskaan Foundation and it made me feel proud. The Principal of Gram Panchayat School did liked the project, considering the time constraints. 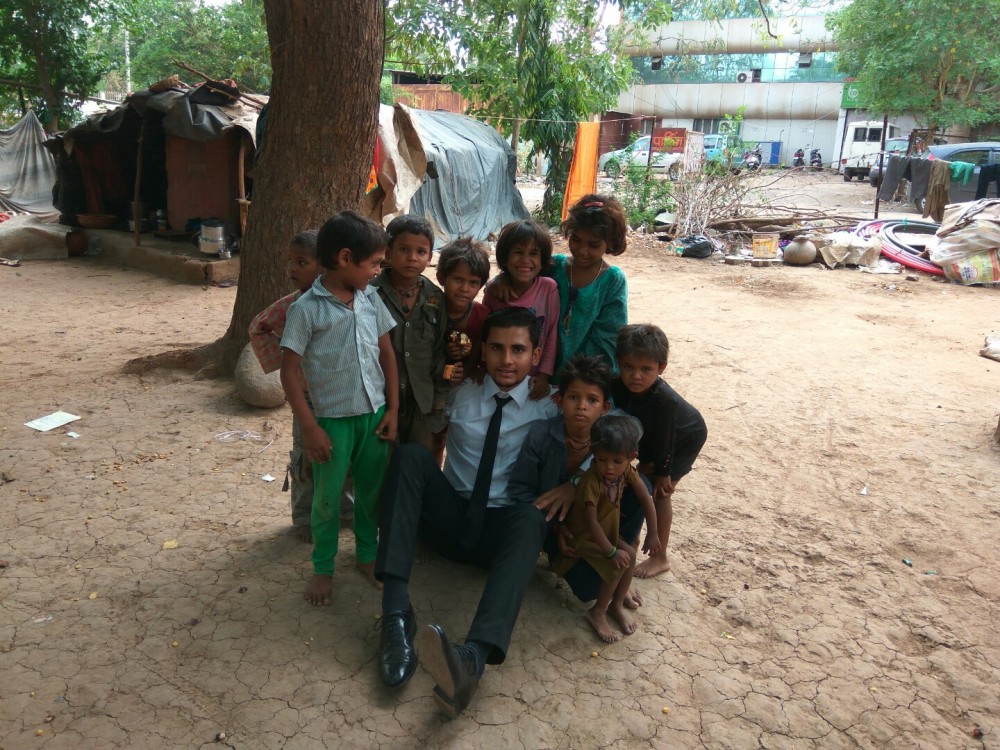 It was for one and a half month I went there daily ,I followed up whenever I had time.

My volunteering at Muskaan Foundation taught me many things like

I remember each and every moment spent with the kids, and at the NGO, also with the people there. Each day was a new day, with new targets, new tasks and different challenges.
My personal advice to each and every friend of mine to experience the joy of giving…

Straight from my heart,
Aditya Samadhiya

You can also find inspiration from my Facebook page – https://www.facebook.com/AadityaSamadhiya